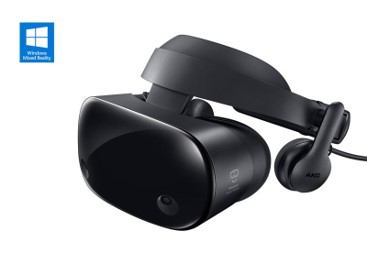 I just unboxed my new Samsung HMD Odyssey and got it setup on my home workstation.

I needed a new video card just to get started so I went and picked up a graphics card that met the “ULTRA” standards of the Windows Mixed Reality hardware pre-requisites.

The one I ended up getting was this the GeForce GTX 1050 Ti 4GB GDDR5. It was only $150 at my local Microcenter. It’s been a while since I swapped cards in a tower computer (after living with only laptops for so long) and after I got over the learning curve of the new PCI slots and the new safety harness clip for video cards, installed the device with the CD provided by the manufacturer I was up and running. With graphics that is…. My Windows Mixed Reality Portal was looking rather sketch.

In fact, it was quite jarring as the setup process appeared to go smoothly but when I put the headset on I discovered that I couldn’t really see the Holographic Start Menu as it was positioned right between my eyes. I kept having to constantly move my head to the left or right for the brief moment to access it. It was frustrating. I didn’t see the “Cliff House” at all either so I figured something had gone awry.

I called Samsung technical support but the device is so new they hadn’t included it in there telephone support menu system! (*cough*, change management!, *cough*) If you are looking for support from Samsung make sure you select “Computing – Laptops/PCs/Other” category. If you are unfortunate enough to fall into a different product category they will try to help you even though they have absolutely zero knowledge about the product. I wasted 45 minutes talking to a woman from their Health and Fitness app support because I had selected “Wearable devices” as my category (makes sense right? I mean, you put it on your head! :)) Once I finally got to the right support group, the staff were not trained on the product so they didn’t really know what to do.

I eventually found the source of my calamity on my own after I gave up on Samsung support. It turns out my headset does not need service. I just didn’t have the latest version of Windows. After installing the version 1709 update for Windows 10 I was greeted by a totally difference experience…the one I was expecting. Windows Mixed Reality works exactly like the HoloLens interface except for one major thing. You’re in a virtual reality environment and more specifically one of a fictional ‘cliff house’ somewhere in the beautifully lush and scenic Pacific Northwest.

Being an avid HoloLens user, I was pleasantly surprised to find that I already knew how to use the interface. The only trick was navigation. My tower does not have Bluetooth (or Wi-Fi for that matter) so I could not use to two hand held controllers to interact with my surroundings. So I had to go to Amazon and pick up a Wi-Fi / Bluetooth wireless card that is supposedely compatible with my workstation.

But fear not! While I’m waiting for my new card to show up to pull out the controllers I can still use my old trusty mouse.

Performance-wise this thing is a beast. My quad-core Xeon CPU cores weren’t pegged but even sitting idle was hitting pretty serious utilization. 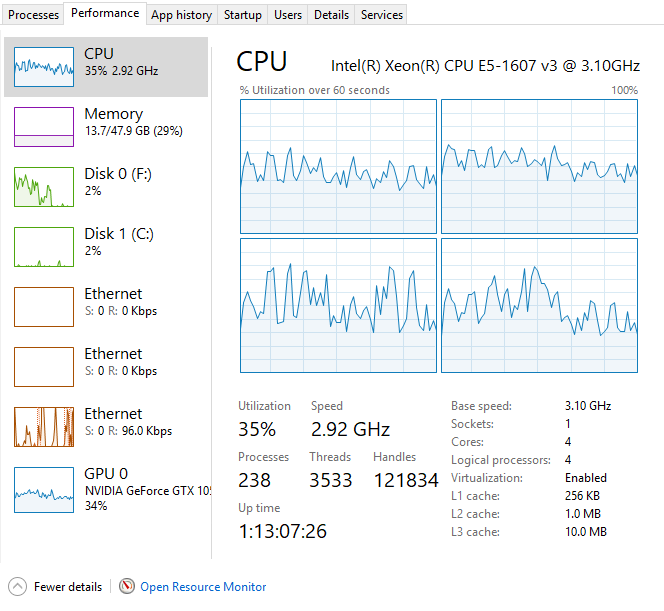