Let’s say you’re manually testing a recipe on one of your OpsWorks instances. This recipe is the nth step in a multi-step process and you’ve fully tested and integrated into your “Setup” lifecycle event all the recipes that handle steps 1 through n-1. 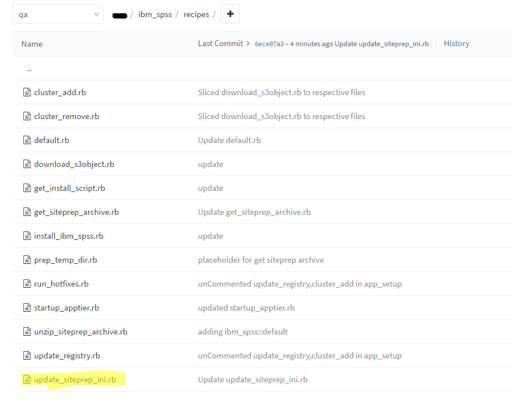 The highlighted recipe is such a recipe. It resides within a parent recipe that resides in the root folder of the Git repository for the application.

Open the instance you want to test this recipe on and look in the upper right hand corner. You will see a command button group.

Click the “Run Command” button. This will allow you to perform a lot of useful tasks.

Notice how you take the “.rb” off the recipe when you invoke it using the OpsWorks dashboard. It’s important to recognize that this is not a physical file system path but a logical path to the recipe that Chef knows how to parse.